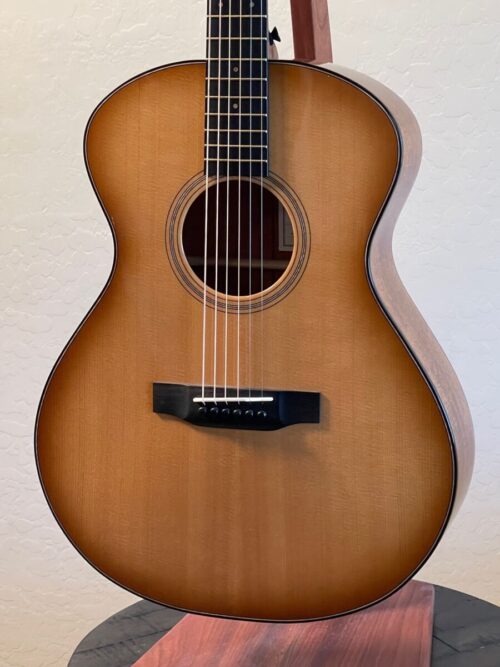 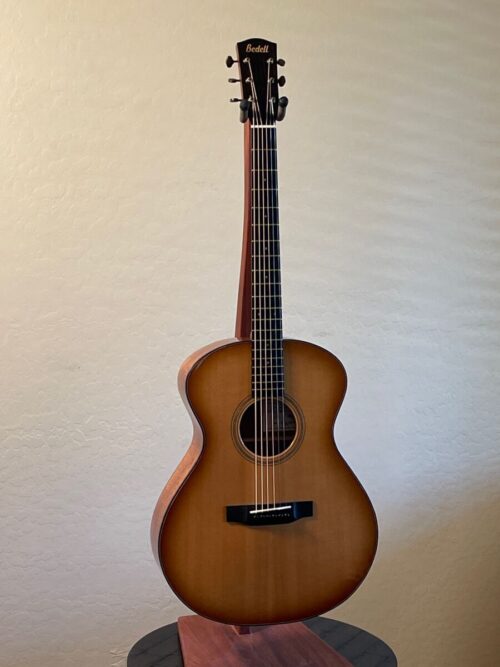 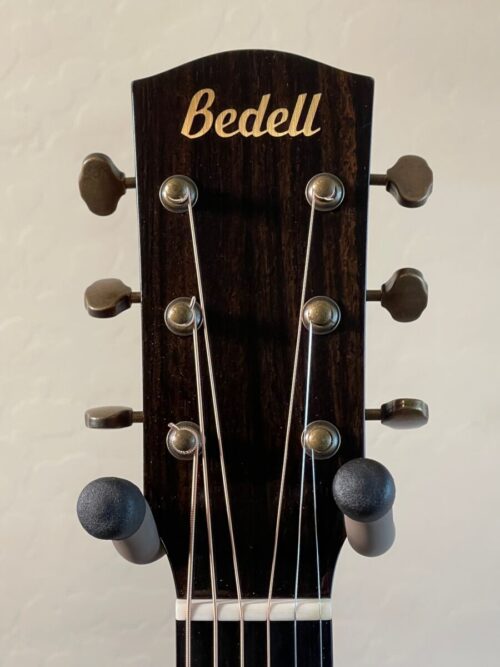 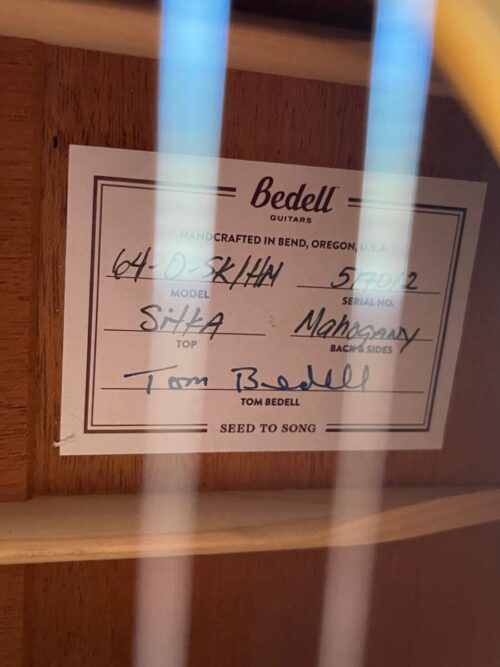 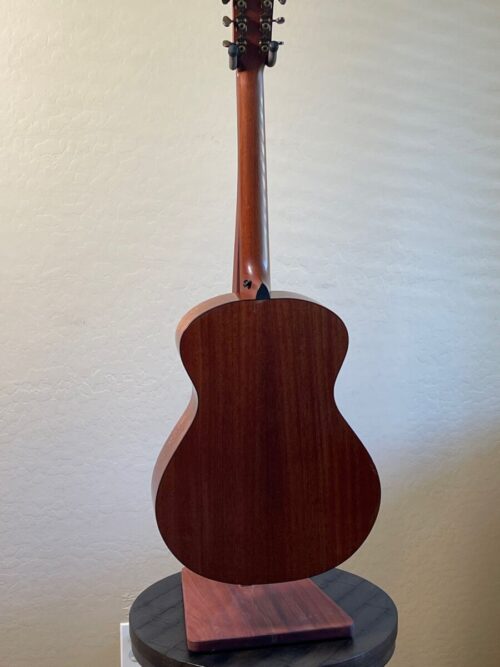 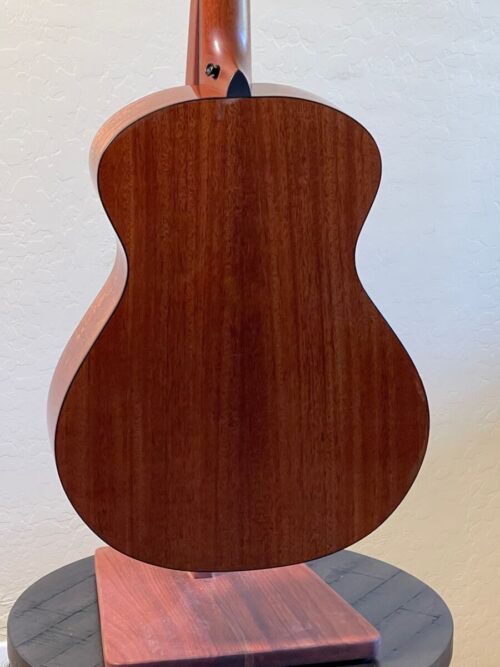 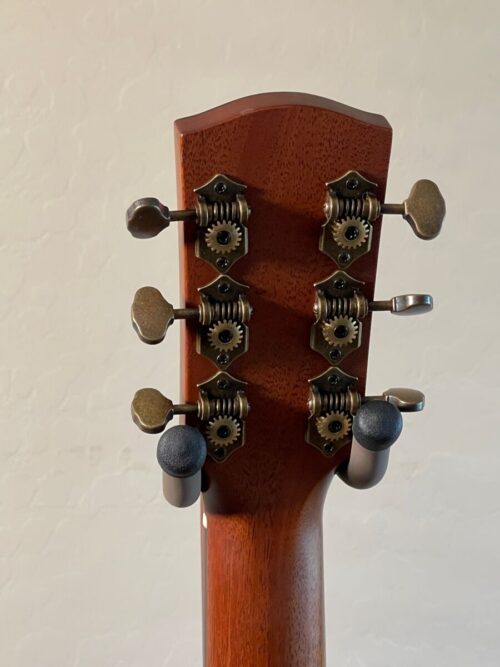 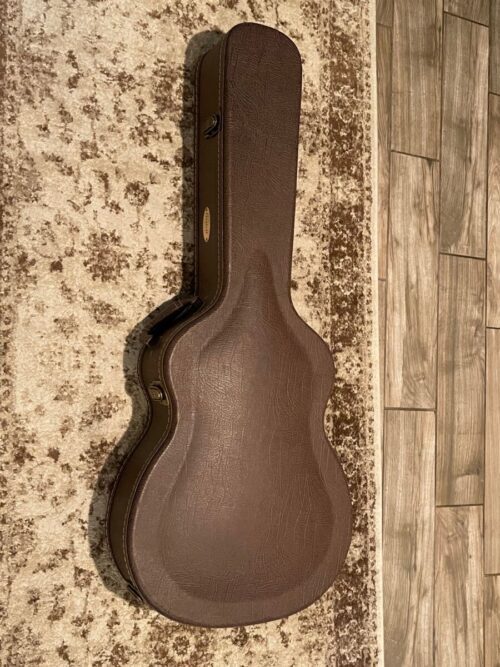 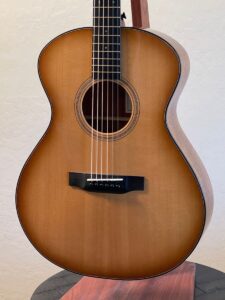 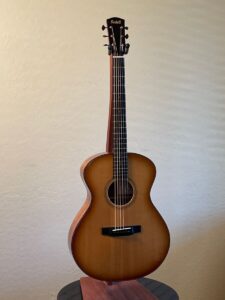 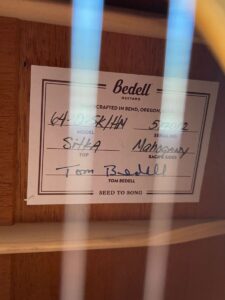 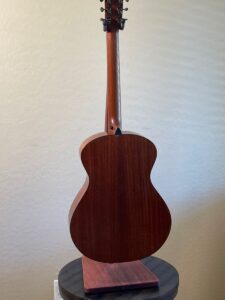 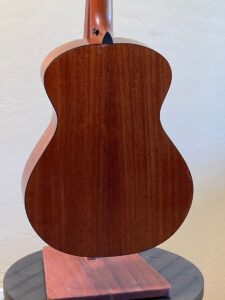 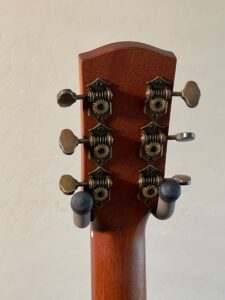 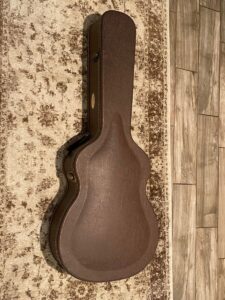 The Bedell 1964 Orchestra is constructed from a time-honored tonewood combination of Sitka spruce and Honduran mahogany, crafted similarly to the way guitars were built fifty years ago. The Bedell 1964 Orchestra brings back the spirit of the music we all love. The wood used in the Sitka spruce soundboards is salvaged from downed trees in Alaska. Sitka spruce has been the primary top wood for U.S.A.-made instruments for many decades — it is strong, light, and gives an extended harmonic content that nearly equals the power of Adirondack spruce. The 1964 Orchestra’s Honduran mahogany back and sides deliver a balanced, resonant tone with a thick bottom end, rich midrange, and a controlled, warm top end. As always, no forests were clear-cut to build Bedell 1964 guitars. Like New Condition